If coming for the first time, please arrive by 5:30pm to meet the instructors and discuss your participation. 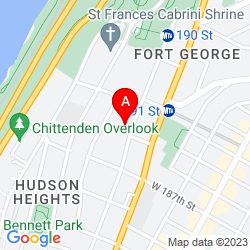 (one block west of Broadway at 189th St)

Kung Fu is the colloquial term used to describe the Chinese martial arts. Kung Fu has been in existence for over 4,000 years. There are many different styles taken from the movements of animals, birds, insects, and even the philosophical teachings or the name of the founder. The many aspects of Kung Fu include body and mind strengthening, self defense, hand forms, weapons, philosophy, and herbal medicine.

Through different periods of Chinese history an ongoing motif of depicting high statesmen, royalty, and philosophers with armor or at least a weapon or sword in the foreground illustrates the high esteem the Chinese culture placed on martial arts ability as a further personal cultivation of moral, ethical, and philosophical development.

The Lohan system was the original method of the Shaolin monks. At the time of its development they were the only educated people in China. This means that information from medicine, philosophy, and martial arts were overlapped and included each other, as all these disciplines were handled by the small group of people. Physically, this was quite demanding to the point that alternative methods of instruction of this information had to evolve to accommodate numerous body types and ages of learning and teaching practitioners. This brought about methods that were more closely aligned to technical ideas rather than just physical ones.

These evolutions ultimately manifested themselves as animal types. Through observations and extended logics they assembled entire systems derived from animal movements and personas. Further evolution was needed, as the technically proficient still required tremendous physical prowess. At this time in history the Chinese found themselves in an enlightened period, intellectually and philosophically which pervaded every aspect of their lives including Martial Arts.

The Chinese then developed what we call internal styles. The three famous exponents of these are: